Why did I get the flu after receiving the flu shot?

Why did I get the flu after receiving the flu shot?

So, Why did I get the Flu after receiving the flu shot?

It's not uncommon to hear of flu shot recipients coming down with symptoms immediately after receiving their flu vaccine or influenza shot, and you yourself may even have become ill after your last flu vaccination shot. While the flu shot is a life-saving barrier against the worst effects of influenza, it is far from an all-round guard against respiratory illness. It is entirely possible to get sick after a flu shot, for many reasons.

The flu vaccine did not yet take full effect.

Flu shots or flu jabs typically take around two weeks to provide full immunity to the virus, and if you are exposed to influenza during that two-week period (or right before getting the shot), you may still catch the virus. As a result, many individuals who become ill during this period believe it to be a result of the influenza shot, even though flu vaccines cannot directly make you sick.

You have another illness.

Many other illnesses have similar symptoms to the flu, such as the common cold, pneumonia, bronchitis, and stomach flu. These, however, are not affected by the flu shot. Flu vaccines are prepared yearly by a panel that determines which strains are most likely to infect the most people and are tailored specifically to those strains. Thus, each vaccine is highly specialised and must be administered at the start of each new flu season.

You caught another flu strain.

While unlikely, it is possible to catch another strain of flu that is not protected against by the vaccine. Alternatively, you may be one of the rare and unfortunate individuals who does not react fully to the flu vaccine. Either way, even if you do catch the flu, your symptoms will likely be much weaker than if you had never been vaccinated.

You are an older adult.

All individuals over the age of 65 are considered to be at a much higher risk of contracting the flu and should be vaccinated yearly. While the flu vaccine begins to lose effectiveness among older age brackets, flu shots can prevent anywhere from 30 to 70 per cent of pneumonia and flu hospitalisations among the elderly who do not reside in nursing homes and lack chronic illnesses. For those who do qualify for either of these conditions, the vaccine can prevent up to 60 per cent of hospitalisations and roughly 80 per cent of deaths resulting from the flu. Note that it is also important for any caregiver to get their shot to reduce the risk of viral transmission to at-risk groups.

Your child caught the flu.

Children under the age of five are also considered to be high-risk individuals. Young children do not have fully developed immune systems, and those under the age of six months cannot receive the flu vaccine at all. Vaccinations are important for parents and children alike so that neither can transmit the virus to the other. The vaccine prevents roughly 66 per cent of infections in young children, a ratio that rises as children grow older.

A word from Corporate Care

If you fell ill this year despite getting vaccinated for the flu, your distrust of the vaccine is entirely understandable. Keep in mind, however, that the vaccine is most likely doing its job just fine, and will continue to do so in the future. You may have been spared the flu this year without even knowing it. Getting vaccinated each season is always a good idea, to protect both you and those around you unless you have been medically advised against the shot.

Aitor is a Registered Nurse (AHPRA registration NMW0001159845) with over 19 years experience in General Nursing, Emergency Nursing and Corporate Health. He loves Flu, works with Flu, studies Flu, writes about Flu and ironically, he’s had the Flu.

He is the Lead Nurse Consultant at Corporate Care and a proud member of the Australian National Padel Team. 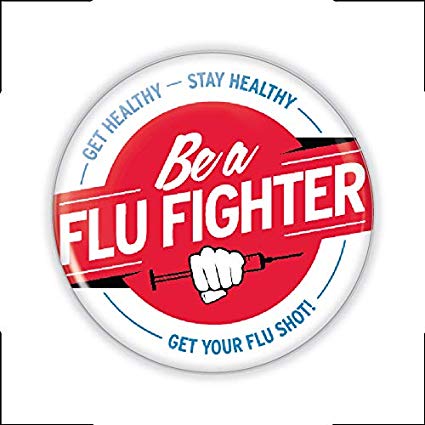 Paperless Flu Programs by Corporate Care
Thanks for swinging by! Information such as the number of offices/sites, their location, number of staff/participants is important to get you an accurate Flu Proposal.
Get a Flu Vaccination Quote
Book your Flu Vaccination program
Need urgent staff?